We believe that the Bible is the inspired Word of God and the infallible rule of conduct and doctrine.

We believe in the Holy Trinity - God the Father, God the Son and God the Holy Ghost.

We believe that man is a created being, made in the image and likeness of God, but through Adam's disobedience, sin came into the world.

We believe in the resurrection of the dead, the eternal happiness of the saved, and the eternal punishment of the lost.

We believe in sanctification through the Word of God by the Holy Spirit, and in the personal holiness of the believer's heart and life.

We believe that water baptism by immersion is a direct commandment of our Lord, and is for believers only. Water baptism is a symbol of the Christian's identification with Christ in His death, burial and resurrection.

We believe in the baptism in the Holy Spirit with the evidence of speaking with other tongues. This experience is promised to all believers and is received subsequent to the New Birth.

We believe in the soon coming, personal return of the Lord Jesus Christ.

We believe the Church is Christ's body in the earth, and the Church Universal consists of all believers, while the Church Local is a body of believers baptized and joined together.

Our Prophets tackle today's hard questions. Hear what the Lord has to say about the issues most important to you.

Want the more of Jesus? Join us as we come together online for a middle of the week word. There IS a Word from the Lord!

Every Friday, look for the latest edition of Elect Lady's Corner. Prophetess Owens shares biblical wisdom in plain english as it applies to your life today.

Peter saith unto him, Thou shalt never wash my feet. Jesus answered him, If I wash thee not, thou hast no part with me. 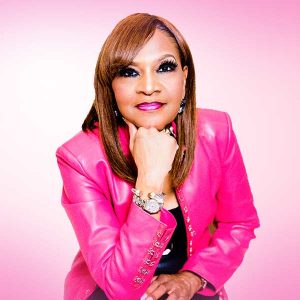 You Have No Idea of What God Is Doing Part 2

As we continue the story of King Saul and King David, again, we find the best answers to solving life’s uncertainties and problems is found, as we wait on the Lord for His divine purpose. Leaning to our own understanding, and becoming impatient as we wait on the Lord, is never the solution to the will of God. It didn’t work for Sarah when she offered her maiden Hagar as a substitute (or surrogate mother) instead of waiting on the Lord.

Hagar produced Ishmael from the flesh or from carnal reasoning. It was natural to bear a child from a younger woman as Hagar so that’s what Sarah did. But God wanted the supernatural or spiritual seed that could come only from God as He used Sarah at the age of 90 to bear a son, Isaac. Isaac would bring about God’s divine plan. But, also, natural reasoning did not work when the children of Israel pressed Samuel to give them a king. Instead of accepting God as their king, or at least waiting on the heart of God to give them a king, they leaned to their own understanding because they had no idea what God was doing.

So, as we pick up with the question from last week asking: “How could God be referring to David, when He speaks to the prophet Samuel concerning King Saul’s successor? Samuel says to King Saul, God has chosen Him a man after His own heart, to replace him as king over Israel but David is not yet born? Saul is given this word after reigning 2 years at the age of 30 as king which makes him 32 years old. David is born 8 years later because he is 40 years younger than King Saul; which means Saul is king for ten years before David is born. The answer is: “we have no idea of what God is doing.”

Isaiah 55:8-9: says: “For My thoughts are not your thoughts, neither are your ways My ways, saith the Lord. For as the heavens are higher than the earth, so are My ways higher than your ways, and My thoughts than your thoughts.” Just as God spoke to Abraham concerning his seed, 25 years before Isaac was born, God spoke concerning David before he was conceived in the womb.

Even though David was not born, God spoke concerning the seed that was in Jesse, (David’s Father) that a man after His own heart would come forth. Jesse had no idea God would choose a king from his loins, especially not David.  Neither did Sarah when she laughed at what God said concerning a son coming from her womb. Yet, God chose Sarah and Jesse to be a part of His divine plan.

Israel got the king that they wanted; a King Saul; which resulted in Saul’s suicide; the killing of his 3 sons; and countless Israelites dying at the hands of the Philistines. Instead of waiting on the king that was after God’s own heart, they got a king after their own heart; a half-baked king, taken out the oven too soon with no flavor or should I say favor. So, don’t force things to happen your way, but let God have His way, because in the end; You have no idea of what God is doing!